IF you can keep your head when all about you Are losing theirs and blaming it on you, If you can trust yourself when all men doubt you, But make allowance for their doubting too; If you can wait and not be tired by waiting, Or being lied about, don't deal in lies, Or being hated, don't give way to hating, And yet don't look too good, nor talk too wise:

If you can dream - and not make dreams your master; If you can think - and not make thoughts your aim; If you can meet with Triumph and Disaster And treat those two impostors just the same; If you can bear to hear the truth you've spoken Twisted by knaves to make a trap for fools, Or watch the things you gave your life to, broken, And stoop and build 'em up with worn-out tools:

If you can make one heap of all your winnings And risk it on one turn of pitch-and-toss, And lose, and start again at your beginnings And never breathe a word about your loss; If you can force your heart and nerve and sinew To serve your turn long after they are gone, And so hold on when there is nothing in you Except the Will which says to them: 'Hold on!'

If you can talk with crowds and keep your virtue, ' Or walk with Kings - nor lose the common touch, if neither foes nor loving friends can hurt you, If all men count with you, but none too much;

If you can fill the unforgiving minute With sixty seconds' worth of distance run, Yours is the Earth and everything that's in it, And - which is more - you'll be a Man, my son! 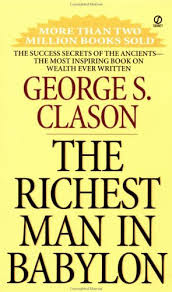 We have explored different aspects of this topic. Right from the prelude, to the positive lessons in positive change. So today I want us to delve into the major reasons why People decide to move on and eventually make the move and I found these the tops. There are mostly diverse motives to any specific action. People move on due to different reasons and It is one of life’s great lessons to understand why they do.

1. People move on as they grow up: I will illustrate this by a short story; There was once a worm-like creature, Laba lived its whole life on the stem of a tree in a shady garden as long as it could remember after been hatched from the egg. However, one balmy day, as sunny as every other day, Laba felt a sudden sharp pain… a feeling he had never had before, he had heard it though, and also seen it happen to his elder brother before…

In the twinkle of an eye there had been a change in colour, he could see beautiful new ‘things’ emerge from around him… ”sure ! It must be wings” he said. he flapped it, made a failed attempt, made two more failed attempts and took off! Now he found himself in the air – ‘wow!’ now he could fly, he perched on the beautiful flowers, no more was he grounded to the stem, now he could suck all it wants of the nectars of each flower.

he has heard it before, now he experienced it! Labalaba is now a BUTTERFLY! he has moved on!

2. People move on When the situation becomes unbearable: People move on when they can no longer put up with their experience of the present environment, when the situation in which they found themselves is unpalatable, unbearable and some times unfavourable, their survival instinct is geared on and they are forced to move on. They seek a better place, a favourable condition , a greener pasture…‘the promised land’

3. People Move on when there is need for expansion: This is also a corollary of the other two reasons…It stems from the other two reasons, the direct result of growth is expansion and an after -math of the inconvenience caused by limitation in space is gravitating towards a more spacious and commodious environment.

4. People Move on when they see a new horizon: Anyone who has been grounded in a place or in a school of thought and suddenly has his horizon widened and his frontiers expanded will move! Seeing a new horizon makes you push every known limit, you leave the old and conventional behind and you reach for excitingly new and endless possibilities. When people see the new horizon, they escape like a bird from the fowlers’ nest.

5. People Move on When they are Caught up: This happens when people are enraptured by a higher influence a positive flow of energy an overtone beyond a supersonic order of vibration an unexplainable acoustics that makes human reasoning fruitless something beyond the scope of the writer or the writing… :)

Finally we have come to what might be the end of the series ‘We have moved on from here’. I will be glad to read your opinion on why people moved on!