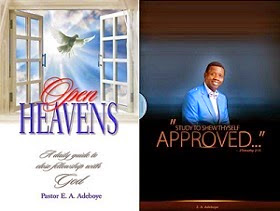 And the LORD'S anger was kindled against Israel, and he made them wander in the wilderness forty years, until all the generation, that had done evil in the sight of the LORD, was consumed. Numbers 32:13

34 After the number of the days in which ye searched the land, even forty days, each day for a year, shall ye bear your iniquities, even forty years, and ye shall know my breach of promise.

35 I the LORD have said, I will surely do it unto all this evil congregation, that are gathered together against me: in this wilderness they shall be consumed, and there they shall die.

36 And the men, which Moses sent to search the land, who returned, and made all the congregation to murmur against him, by bringing up a slander upon the land,

Going in circles is a term that denotes making considerable efforts without commensurate progress. It could also mean wasted efforts, to wander about and to waste time doing things without achieving results. The Bible gives us many examples of this, but the story of the Israelites in the wilderness on their journey to the Promised Land gives a very good illustration of this. The children of Israel started their journey to the Promised Land with full assurance by the Almighty God that He would be with them all the way. True to His word, He stayed with them day and night. They lacked and suffered nothing throughout the journey. To these Israelites, God was good, gracious, kind and loving; showering them with His mercies which endure forever. But it got to a point where God noticed that they persisted in sin and would not heed His warnings. Then He became angry with them. Numbers 32:13 says:

“And the LORD'S anger was kindled against Israel, and he made them wander in the wilderness forty years, until all the generation, that had done evil in the sight of the LORD, was consumed.”

We need to remember that this whole scenario started with Abraham receiving an unsolicited promise of a land flowing with milk and honey from God. Many years had passed and the descendants of Abraham had lost both hope and interest in the promise, but God revisited them out of love and compassion. He delivered them from oppression and slavery with a strong hand. He did many wonders in the wilderness to prove He is a mighty God. He fought their battles and defeated all their enemies. Above all, He blessed them and made His tabernacle with them. God had done so much for them to justify His expectation of simple appreciation, trust and obedience. The least that God expects from His children is this, and He is disappointed when we fail in this regard. Consequently, God made them wander about in circles in the wilderness for forty years.

I challenge you to take a critical look at your life. Are you making progress or going about in circles? Are you in good standing before God? Is everything alright with your spiritual, family and business life? Are you doing well physically, financially, and emotionally? Are you suffering from stagnancy in any area of your life? If anything is amiss, turn to God in prayer now.

Prayer Point: Father, put an end to going in circles in my life and empower me to make progress.

Open Heavens Daily Devotional is written by Pastor E.A. Adeboye, the General Overseer of the Redeemed Christian Church of God, one of the largest evangelical church in the world. He is also the President of Christ the Redeemer's Ministries.