Nick Vujicic is an extraordinary man, I have seen some of his talks on youtube, He preaches a powerful message of hope and the possiblity of living life without limits. I bought one of Nick's books recently and I decided to share from his bio today, as the first in my post on some Inspirational folks around the world.

“If just one more person finds eternal life in Jesus Christ… it is all worth it. You can help me spread this message today!”

Nick Vujicic
Imagine getting through your busy day without hands or legs. Picture your life without the ability to walk, care for your basic needs, or even embrace those you love. Meet Nicholas Vujicic (pronounced VOO-yee-cheech). Without any medical explanation or warning, Nick was born in 1982 in Melbourne, Australia, without arms and legs. Three sonograms failed to reveal complications. And yet, the Vujicic family was destined to cope with both the challenge and blessing of raising a son who refused to allow his physical condition to limit his lifestyle.

The early days were difficult. Throughout his childhood, Nick not only dealt with the typical challenges of school and adolescence, but he also struggled with depression and loneliness. Nick constantly wondered why he was different than all the other kids. He questioned the purpose of life, or if he even had a purpose.

According to Nick, the victory over his struggles, as well as his strength and passion for life today, can be credited to his faith in God. His family, friends and the many people he has encountered along the journey have inspired him to carry on, as well.

Since his first speaking engagement at age 19, Nick has traveled around the world, sharing his story with millions, sometimes in stadiums filled to capacity, speaking to a range of diverse groups such as students, teachers, young people, business professionals and church congregations of all sizes. Today this dynamic young evangelist has accomplished more than most people achieve in a lifetime. He’s an author, musician, actor, and his hobbies include fishing, painting and swimming. In 2007, Nick made the long journey from Australia to southern California where he is the president of the international non-profit ministry, Life Without Limbs, which was established in 2005.

Nick says, “If God can use a man without arms and legs to be His hands and feet, then He will certainly use any willing heart!” Nick’s latest foray into radio will expand his platform for

inviting men and women all around the world to embrace the liberating hope and message of Jesus Christ.

AN EVENING WITH RUZU BITTERS 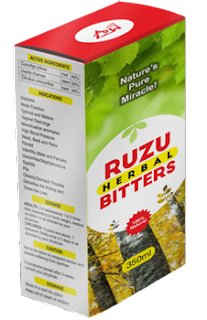 Amazing things keep happening with the Amazing Ruzu bitters.
Ruzu is getting to the point where it markets itself, I mean testimonies continue to abound with this amazing products.
All the sales made today were made from testimonies of people who have used it or people who have heard what it does and happened to be present where I gave a marketing pitch about it.
A big man in suit asked a market woman for pen to take down my numbers- that happens when you run out of flyers, well, I still had a last complimentary card to give my new friend,(My hobby is making new friends and adding value to them).
I discovered the meat sellers bought more Ruzu Bitters than the bankers today. I only stopped bye to buy some stuffs  and I ended up selling more Ruzu.. One guy asked are you 'sure I will still be able to get one bottle when next you come back?" All this buzz started with a man giving credence to the product because of  his boss' testimonies on Ruzu and he hasn't even used it yet!... He resolved " someone in my office bought me a bottle days ago and  I am going home now to start using  mine, he made enquiries on cartons of Ruzu, he got my business card and then I left...
So what is Ruzu? You ask.

"The Ruzu Bitters is an amazing Herbal Wonder. It combines 3 key herbs, plus a few secret ones to
produce breath-taking results!" This product is not just another supplement, it is curative and the effects can be seen in under 24 hours. It's Natures Pure Miracle!"

Now is the best time to  start using this Nature's Pure Miracle called Ruzu Bitters and now is also the best time to be a distributor and make money selling Nigeria's trending health product.  I will save you much more details... for all enquiries see www.ruzumiracles.com/emmandus  or contact 07033875827 or 08053257042