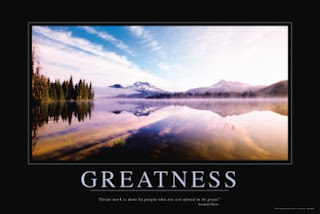 One day, an elderly man scolded his young son. He had mistakenly hit a young girl with his car while trying to scare her into crossing the road in a hurry. “I never knew it was going to turn out that way, I was only trying to make her run and the brake failed.” The distraught youth explained. His father replied, “You should have considered the consequences of your actions before carrying them out. Even if the brakes had not failed, what if she had fallen down while trying to cross the road? Is that not still an accident?”

Experience is the best teacher. In so many ways, life presents us with occasions for learning. These occasions, no matter how momentary, contain nuggets of wisdom which could only be unravelled by the discerning mind

There is always something to learn from every experience whether you are sensitive to it or not. From the short illustration above we can infer that in life, your actions will be based on your decision, which is always the outcome of your sense of judgement and thought evaluation. It is obvious that one needs to think in multiple ways.

Tapping into the subtle lessons from our experiences calls for a high degree of sensitivity and observation, which can only be developed by cultivating the art of personal reflection. For every lesson you fail to imbibe, life has a way of making you pay for your ignorance.

The silent lessons in life need not come from your own experiences alone, but they are rife in all the daily occurrences around us. All we need would be a bit of sensitivity to the situation around us.

THE KING IS RISEN!

They beat Him with many stripes. Preferring a robber to the Prince of Peace, they condemned Him to death… and just when they thought it was over.. They had sealed his tomb; it was heavily guarded by the best security agency the government could afford. Alas! ‘Maktub!’ -It is written, and so it came to pass, they came to look for ‘the Living among the dead’ but just as he had said, on the third day, the Son of man rose again. He conquered sin and death and He is alive forevermore! Easter is here, the joyful season when all Christians around the world celebrate the crucifixion, death and resurrection of the Lord Jesus Christ. Easter is different from all other festivities in all uniqueness. Apart from the fact that it comes once in a year, it’s not the celebration of the birth of the greatest legend of greatness alone, much more than that, it celebrates the sacred phenomenon of resurrection on which the Christian faith is based. It is the resurrection of The King! The central theme of Easter borders on the Person of Jesus Christ, as He is the Reason for the Season. So amidst the felicitations of this season, it is of paramount importance that His nature of selfless love and great sacrifice for the redemption of mankind get our main focus. This should form the core of our interpersonal relationships and lives from now. As we merry and rejoice together, I wish you all a Happy and Joyful Easter celebration .May the love of Jesus grow and wax stronger in us. Let glasses clink!

HOTTEST SECRET REVEALED!!​!-A PRACTICAL GUIDE TO YOUR FINANCIAL FREEDOM EARN LEGAL INCOME ONLINE THROUGH QSP! Quick Smart Programme is an online marketing programme which takes you by the hand and shows you how to make legal internet cash.It's sure,safe and legal. For a free instant report, Kindly Send a blank mail to : empowerment.ng@gmail.com.
Posted by Emmanuel Ayeni at 4/09/2012 02:14:00 PM 3 comments: