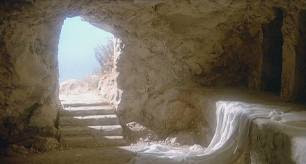 It's a wonderful day. Easter season Greetings. . I bring you the message and full chapter on the resurrection of Our Lord Jesus Christ,It is the greatest news ever..

20 1-2 Early in the morning on the first day of the week, while it was still dark, Mary Magdalene came to the tomb and saw that the stone was moved away from the entrance. She ran at once to Simon Peter and the other disciple, the one Jesus loved, breathlessly panting, “They took the Master from the tomb. We don’t know where they’ve put him.”

3-10 Peter and the other disciple left immediately for the tomb. They ran, neck and neck. The other disciple got to the tomb first, outrunning Peter. Stooping to look in, he saw the pieces of linen cloth lying there, but he didn’t go in. Simon Peter arrived after him, entered the tomb, observed the linen cloths lying there, and the kerchief used to cover his head not lying with the linen cloths but separate, neatly folded by itself. Then the other disciple, the one who had gotten there first, went into the tomb, took one look at the evidence, and believed. No one yet knew from the Scripture that he had to rise from the dead. The disciples then went back home.

11-13 But Mary stood outside the tomb weeping. As she wept, she knelt to look into the tomb and saw two angels sitting there, dressed in white, one at the head, the other at the foot of where Jesus’ body had been laid. They said to her, “Woman, why do you weep?”

13-14 “They took my Master,” she said, “and I don’t know where they put him.” After she said this, she turned away and saw Jesus standing there. But she didn’t recognize him.

She, thinking that he was the gardener, said, “Mister, if you took him, tell me where you put him so I can care for him.” 16 Jesus said, “Mary.”

Turning to face him, she said in Hebrew, “Rabboni!” meaning “Teacher!”

17 Jesus said, “Don’t cling to me, for I have not yet ascended to the Father. Go to my brothers and tell them, ‘I ascend to my Father and your Father, my God and your God.’”

18 Mary Magdalene went, telling the news to the disciples: “I saw the Master!” And she told them everything he said to her. To Believe

19-20 Later on that day, the disciples had gathered together, but, fearful of the Jews, had locked all the doors in the house. Jesus entered, stood among them, and said, “Peace to you.” Then he showed them his hands and side.

20-21 The disciples, seeing the Master with their own eyes, were exuberant. Jesus repeated his greeting: “Peace to you. Just as the Father sent me, I send you.”

22-23 Then he took a deep breath and breathed into them. “Receive the Holy Spirit,” he said. “If you forgive someone’s sins, they’re gone for good. If you don’t forgive sins, what are you going to do with them?”

24-25 But Thomas, sometimes called the Twin, one of the Twelve, was not with them when Jesus came. The other disciples told him, “We saw the Master.”

But he said, “Unless I see the nail holes in his hands, put my finger in the nail holes, and stick my hand in his side, I won’t believe it.”

26 Eight days later, his disciples were again in the room. This time Thomas was with them. Jesus came through the locked doors, stood among them, and said, “Peace to you.”

27 Then he focused his attention on Thomas. “Take your finger and examine my hands. Take your hand and stick it in my side. Don’t be unbelieving. Believe.””


”29 Jesus said, “So, you believe because you’ve seen with your own eyes. Even better blessings are in store for those who believe without seeing.””


30-31 Jesus provided far more God-revealing signs than are written down in this book. These are written down so you will believe that Jesus is the Messiah, the Son of God, and in the act of believing, have real and eternal life in the way he personally revealed it.

The Message: Jesus paid the price for our sins more than 2000 years ago...Accept Him today!

In the spirit of Easter!

In the spirit of Easter!

EASTER SATURDAY: THE CRUCIFIXION OF JESUS

Nice greetings this Easter season . I bring you the message and full chapter on the crucifxion of Jesus' christ,It is the greatest sacrifice for mankind..
Posted by Emmanuel Ayeni at 3/30/2013 02:01:00 PM No comments:

The Alphabet of Greatness

The Alphabet of Greatness

If you were ever going to be an alphabet? What letter of the alphabet would you be?

I could have chosen ‘A’ at least being the first, it stands for excellence which I love and also love to always attain, but then I felt there should be more to an alphabet I love more than that. Then, “ what is it?” I asked myself again. Perhaps it is Z?, surely not, although it comes last & its distinct, yet I do not regard this as my best alphabet. So, I didn’t stop thinking about it.

Then clearly enough and not too long. It struck me like a bolt from the blue. There seems to be one, of all the alphabets that appeals to me most! In fact, numerically among others , It appeals to me. Have you ever thought about the letter ‘G’ ?

It means more to me than all the alphabets of the English alphabet and perhaps and French since I speak a bit of that too and I’m still a student of the language.

The alphabet ‘G’ to me is a special one. If you look closely at it, you would definitely see what I mean. It is the seventh letter of the English alphabet and seven connote perfection. So if you will agree, I see 'G' as a perfect letter.

On a more important note, the alphabet 'G' stands for everything that I love so much, hold in high regard or that is dear to my heart.

First of all of all G starts the name of the most powerful being in the world .the name of the Almighty.( I believe in GOD. He is the giver of life and He is greater than the Greatest...) i am sure you do too.

Also G stands for Gladness, a wonderful state of mind.

G stands for Glory: an iridescent display of essence of a thing or being of great persona

G stands for Grace: An exceptional show of unmerited favour

G stands for Greatness: A wonderful and intriguing subject which I can never stop studying.

G stands for generation..the span in which landmark success is measured

G stands for Gem! and that's what YOU are

G stands for GO! The verb that has unleashed immeasurable acts through history

If you were a letter in the alphabet, what would you be? Emmanuel Ayeni 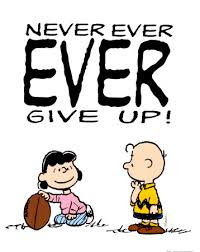 Never get weary, do not faint…

Do not lose hope and Never give up Because if you do, you die Why die before your time? Only the living can praise the Lord Only those who fail to quit Can live to achieve their dreams! br Live life to the fullest That is God’s will for you. Do not weep or mourn Because he’s paid the price for you. Get to work and make it happen For He is every ready to help you often So who says you cannot fly When your own God dwells in the Heavens? And why do you think the sky is the limit When there are footsteps on the moon? Blow your mind, and lift the lid Imagine and take the lead Believe and go for it What else would you rather believe than this? You are closer than ever to the goal. Cheers ! Emmanuel Ayeni 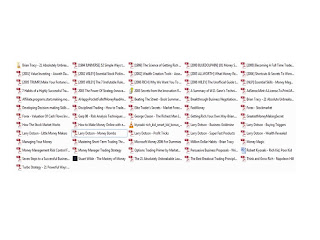 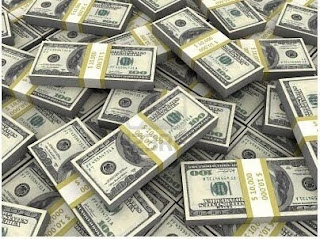 Here is an highlight from the appointment/selection of the new pope as reported by Yahoo news..

THE TIME FACTOR IN THE DEVELOPMENT EQUATION 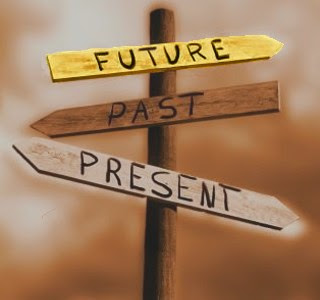 While pondering on the issue of development across nations and different strata of the society, I inquired about the reason for the wide gap between developed and developing societies, advanced and less advanced continents and the rich and poor, and amongst myriads of reasons, I discovered a striking cause- the TIME FACTOR! With the same amount of time, each one has been able to do something more worthwhile than the other.

A sage once made an illustration that drives this thought home. According to Him, all men are born equal; we were all born naked, crying and with tightly closed fists. We brought nothing into this world other than ‘something’ which was held in our tightly closed fists. That invisible ‘thing‘ is called TIME and all men have equal measure of it.

If every man around the world and through the lines of history have always had the same quantity of time, what then could be responsible for the backwardness or progression of one society and the other? Well, I figured out every two distinct continents, nations, or societies with varied degree of civilization have always had a major difference in their attitude and approach towards time.

Over time, developed continents, nations and societies, be it in America or Europe, have always done with their time, more significant activities than have been done by their developing or underdeveloped counterparts in Africa or Asia. All inventions in history are valid outcomes of wise investment of time.

Doing things differently within the space of time has shaped civilizations and functioned as a major tool in development rather than the availability of vast mineral resources. While one society pays attention to research and development to improve general living conditions, another pays its own to the survival of its privileged citizens.

While one country pays attention to global issues to increase her relevance and position as a renowned solutions provider, the other pays attention to being the consumer of imported goods and beneficiary of foreign aids.

While the stakeholders in forward thinking societies continue to invest time to pave new ways for generations yet unborn, those in disadvantaged economies beg the question.

The record of poor time management set by both policy makers and the average populace of the society is an underlying cause of backwardness in any third world country today.

This among other factors has created the difference in what each society has been able to achieve within the same space of time. Time indeed is a factor to reckon with; invest it wisely.

Till a later date,