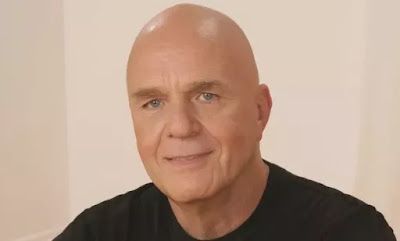 Inspiration Speaker and Author has been confirmed gone to the world beyond, many celebrity posts and guest bloggers in the self-help sphere have confirmed this and stated how much he will be missed.

Dr Wayne who passed away at the age of 75 had a post shared by his family on Sunday night....


Wayne has left his body, passing away through the night. He always said he couldn't wait for this next adventure... http://t.co/cQuSi2Rqk6
— Dr Wayne W Dyer (@DrWayneWDyer) August 30, 2015


"For anyone in the wellness world, Wayne Dyer was a legend for his ambition and inspiration. As he once said, "There is no scarcity of opportunity to make a living at what you love; there's only scarcity of resolve to make it happen." (The Power Of Intention).

He backed up his positivity with book sales that made publishers take the self-help category seriously (his first book Your Erroneous Zones sold over 35 million copies), and a career that lasted for four decades.

Dyer was also a real-life rags to riches character with an almost Dickensian personal story: he grew up in an orphanage, later reconnected with his birth parents, became a high school counselor, then a college professor, and then wrote his first of many bestselling books.

I first discovered Dyer's books when my mom sent me There's A Spiritual Solution to Every Problem in 2004 when I was struggling to find what to do with my life after leaving Wall Street. I got hooked on Dyer and went on to read about a dozen or so of his books over the years.

Dyer had been battling Leukemia, however, his cause of death is not yet known.

He will be missed, but not forgotten."


Wayne was a great man who believed in and helped others reached for their true greatness!