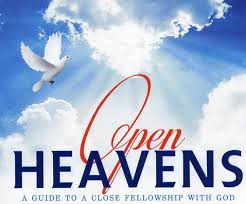 WEALTH TRANSFER
Memorise: A good man leaveth an inheritance to his children’s children: and the wealth of the sinner is laid up for the just. Proverbs 13:22
Read: Proverbs 13:21-22, 21 Evil pursueth sinners: but to the righteous good shall be repayed.

22 A good man leaveth an inheritance to his children's children: and the wealth of the sinner is laid up for the just.
Bible in one year: Numbers 26-27, 2nd Corinthians 13
MESSAGE
Because God owns everything on earth, He can give a person power to get wealth (Deuteronomy 8:18). Not only does He give power to get wealth, He also transfers wealth from one person to another. God can transfers wealth from the enemies His children, to those who will serve Him. He can equally transfer wealth from His children whom He has blessed, who refuse to utilise their blessings for His purpose, to those believers who will use it to glorify Him. If you are stingy, you are not like your Heavenly Father. When I was young, there was a man I knew who was extremely wealthy but extremely miserly. He was so stingy that he could not even trust his wife with housekeeping allowance. When she wanted to go to the market, he would go with her. After she bargained for meat, he would pay. When she had prepared the soup or stew, he would take a portion for himself and keep it in his bedroom. Whenever he wanted to eat, they would have to come and take the pot of soup or stew from him, and while it was being warmed up, he would stand by and watch. He never took his money to the bank. He had one huge room where his money was kept. By the time he died, his children searched everywhere for the key to that room, bit they could not find it, then the eldest son reasoned that since their father was so miserly, it was possible that he went as far as swallowing the key, so he suggested they turn his corpse upside down and hit his back. As they did so, the key dropped.
“A good man leaveth an inheritance to his children’s children: and the wealth of the sinner is laid up for the just.” Proverbs 13:22
God looking for those who will serve Him with whatever He gives to them. God is looking for those who will not give any excuse when the Owner of their wealth needs it for His purpose. Can He entrust you with more of His resources? How have you been giving to the work of God? To what extent have you been cooperating with the King of kings? If you have been blessed, but you cannot spend freely for the kingdom, do remember that the same way God brought the money in, He can take it out. May you not lose your wealth to others in Jesus’ Name. Do everything possible to justify why you should remain a custodian to God’s blessings.
Key Point
When you faithfully cooperate with God in meeting the needs of His kingdom, He will enlarge your capacity, and make you a greater treasurer of His resources.