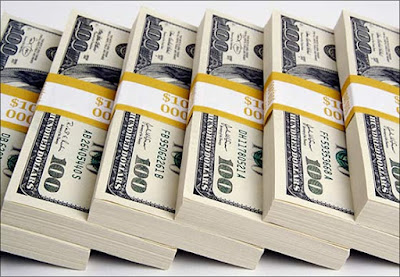 True or false: running a marathon is simple?
False.
It’s not easy — but it’s definitely simple.
There is a monumental difference between simple and easy. Simple means there are relatively few (or no) complicated steps needed to accomplish a task, whereas easy implies the task doesn’t require much effort.
Running a marathon is simple: Just keep putting one foot in front of the other. Staying up for 60 hours straight is also simple: Keep your eyes open.
Holding your breathe for five minutes underwater is likewise simple: Just sit at the bottom of the pool and don’t breathe. These are all simple tasks, but not easy ones.
Another task that is simple but not easy is becoming a millionaire.
That’s right; becoming rich is not complicated, despite what people tend to think. Because wealth-building is not an accident, but an action.
I recently published the most in-depth article I’ve ever written, titled “How to Become a Millionaire”, and in it, I argued that becoming a millionaire is not easy but it is simple. In fact, it takes just three steps.
1. You must believe wealth is actually possible for you.
The primary reason people do not become wealthy today is plain and simple: they do not believe it is possible.
Perhaps they have not uttered those words out loud, but deep in their soul they believe that becoming rich is not in their cards.
In the personal development space, this is known as a “limiting belief.” In other words, it’s an opinion you have of yourself that your mind and body will not allow you to get past.
Therefore, the first (and perhaps most important) step in becoming a millionaire is to believe that wealth is possible for you.
Becoming a millionaire has nothing to do with your background, your family, your age, your skin color, your intelligence, your location, or any other excuse you might have for not building wealth. Becoming a millionaire is not something that happens to you — it’s something you make happen.
If you know how it’s done. Which brings us to step number two, because belief alone is not enough.
2. You must learn how wealth is built.
Building wealth is not a mystery. It’s not something you stumble into. It’s not something you find.
Instead, wealth building is a process that can be studied, learned, and mastered.
This is why you’ll often hear highly successful people say, “The first million is the hardest.” Like riding a bike, once you learn it, you can repeat it over and over for the rest of your life.
Of course, there are a LOT of ways to build wealth and they generally fall into one of three buckets: personal finance, business, and real estate. There are millions of examples in each of those three buckets where people have risen from nothing to become millionaires. Personally, I used all three to acheive a million dollars in net worth, but you might only choose one or two. The point is — pick a bucket that works for you and learn how it is done.
There are a lot of ways to learn how to build wealth from one of these fields, including:
Each of these methods differ in the presentation, but they all have two things in common:

Once you have step number one mastered (you believe that wealth is possible for you) and you’ve done your homework on step number two (learning how wealth is built), it’s time to move onto the third and final step in becoming a millionaire.
3. You must take daily action
Let’s pretend for a moment you are baking a pie.
You might have the belief that you can bake that pie.
You might have the recipe for baking that pie.
But let’s be honest: The pie is not going to bake itself. You need to get in the kitchen and start cooking.
The same is true for becoming a millionaire. You can believe you can build wealth and learn the steps to do so — but still fail if you don’t take action.
Action will always be the final key to success. Without it, you have nothing. No one is going to give you a million dollars, no matter how smart, talented, or lucky you are. You have to get out there and work for it.
Specifically, this means taking daily action.
A lot of people believe that the secret to success is found in “big events” — the lottery, a big business sale, the purchase of an apartment complex — but in reality, it’s found in daily tasks that are combined together to create that big event.
For example, I didn’t become a millionaire overnight. I spent a decade building up my rental portfolio, climbing in attics, crawling under houses, doing math, reading books, taking experienced investors out to lunch, and in every other way mastering the vehicles I chose to take me from poverty to wealth.
Little by little, every day, action becomes progress, and progress turns to results.
—————
Becoming a millionaire is not rocket science, but it’s not going to happen to just everyone. You have to believe in your heart that it’s possible, get the recipe for success, and work until you’ve achieved it.
If you found this post helpful, I’d only ask one thing: please share it on your favorite social media channel. Let your family and friends know that wealth is not an accident, it’s an action.