The Spirit of Christmas. 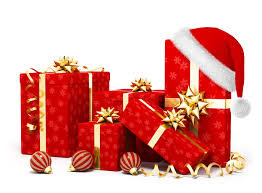 I have always wondered on what could be so special in a month. Why is December special? Is it because it is my month of birth, (I was born on the 29th day of December, exactly 4 days after Christmas in the early hours on one beautiful Monday morning) then, it would have just been a special month for only me. Is it because of the weather? There is something peculiar about December other than its weather which makes it different from every other month.

What is the secret of December, what makes it different and why is it in my opinion the best of all months? This became clearer to me recently.

Christmas, the anniversary of the birth of the greatest man who ever walked the earth-Jesus of Nazareth is celebrated every December,this is an indication to what makes December great. So what is the real secret..
The real reason behind the Spirit of December is the Spirit of Christmas, and the spirit of Christmas is the Nature of God. It is in God's nature to give. The joy, fun and felicitation in December and at Christmas is tied to one single phenomenon-Giving!
Giving is living and living is giving. There seems to be no such time that people give more to themselves around the world than in December and at Christmas. No matter people's faith, they tend to give more around this time. People give of their time, goodwill, financial resources and time more in December and as a result there is a joy which transcends into the atmosphere at this period.

Against backdrops of conflicting historical source of Christmas, this season remains peculiar and a wonderful time to give and reach out to other people around us and the world at large.

Do have wonderful celebrations of the season and a promising new year!