A SHORT STORY ON PEOPLE AND OPINIONS


A wise man makes his own decisions, an ignorant man follows the public opinion.
Grantland Rice

In the previous post we set the pace for tonight's discussion on opinions. I affirmed that opinions are about the cheapest commodity and every body has them. As a recap, It's always wise to get honest opinions from a few stakeholders and and it is even wiser to know when to move on. If somebody will have to get everybody's opinion, he will end up doing nothing, because nobody gets nothing done by listening to everybody's opinion.

Today, I will illustrate this with a short story!.....

Once upon a time in the land of Laos, there lived a wealthy old merchant who had only one son. Together they both set out on a journey to sell an old donkey in the biggest market in the region. This market was a few miles away from where they lived,so they woke up in the morning and embarked on their journey and began to go, they went on and on pulling the donkey to be sold behind them with the mark "DONKEY FOR SALE".

As they progressed on their journey, they passed through some grasslands with fresh pastures,so the Father decided to feed the donkey, as the the donkey ate some grass, the people passing bye walked up to the man and asked " why feed this donkey, if you would be selling it? You better go quickly and sell it to its prospective buyer". The old merchant nodded "How true! we must continue quickly to the market"

The merchant and his son continued pulling their donkey on the way, not too long they came across a company of friends, who stopped and told them, you father and son , you walk on foot like fools while your donkey goes empty with no burdens!", 'What wisdom!' the Father exclaimed, he mounted the donkey with his son and they continued their journey riding on the donkey. 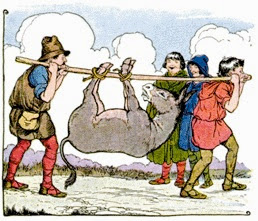 The Father and son enjoyed their ride on the donkey for a while as they continued towards a bridge before the cattle market.After going on for less than a mile, they met some people coming back from the market, "what a wicked merchant this is! they wondered "You and your son riding on the poor donkey, what a huge burden,this donkey might likely die on the journey" . The merchant thought " Why didn't we think about this?" So he got down and he decided to carry the Donkey together with his son.

As they began to move on, they were crossing the bridge carrying the donkey in their hands, the donkey slipped and fell over the bridge into the river... the son shouted 'alas father, what shall we do?" "Nothing!" the Father answered, " There is nothing that can be done to please everybody" "This is an expensive lesson son, deciding to please everyone is the best recipe for failure"


"This is an expensive lesson son, deciding to please everyone is a recipe for failure" 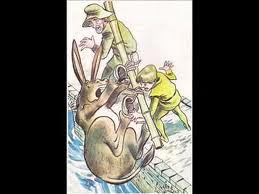 I don't know the key to success, but the key to failure is trying to please everybody.