ISN'T IT FUNNY HOW WE ALLOW ETHNICITY BECLOUD OUR JUDGEMENT? 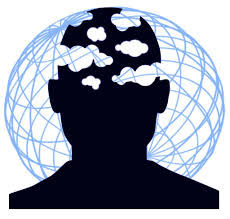 Isn't it funny how we allow ethnicity becloud our judgement?
This morning on my way to work.
I opted for the tricycle at some point instead of a bike.
While on the tricycle the aggrieved rider shared with myself and two other ladies on board the ordeal he has been going through with the 'agbero' - touts at his park, he complained of how each rider is compelled to pay a sum of #1750 daily for "tickets".
While we all wondered about who accounts for the free money they extort from the over 100 riders at the park daily and the reason they fight and kill for positions, the lady beside me answered,
" they will siddon there and be making free money, Yoruba men are very lazy"
Then she looked around and apologized to any Yoruba in the tricycle.
I smiled and told her, I am Yoruba (Yoruba is a tribe from western Nigeria and is one of the 3 major tribes in Nigeria, Hausa,Igbo and Yoruba) but I explained to her that I have friends and contact from diverse cultures who are of great personality.
I told her people are just people no matter where they are from, they can either choose to be good , great or bad.
Generalisations and assumptions limit us from thinking globally and objectively. It forms limiting beliefs which cut people off from vast opportunities.
Think about people whose family disapproved their choice of mate because of ethnic reasons or people who pulled out of profitable ventures because such myopic reasons.
Don't you think this is a great malaise that plagues the very fabric of our society today?
Why do many people have this myopic view?

To join the WhatsApp Book Club please click the link
https://chat.whatsapp.com/KyYpr1tyjhQFEphVoCdbzR
You can Listen to Episode 47.Welcome March... Inspiration for a New Month on BrightIdeas by EmmanuelAyeni on #SoundCloud
https://soundcloud.com/emmanuel-ay…/episode-47-welcome-march

FREE COACHING CALL
Do you need clarity regarding your life purpose or assignment.
Which areas of your life do you desire results?
Do you need help  to perform powerfully in life or business to increase your influence, impact, and, income?
I am currently running a Free one-on-one coaching session on WhatsApp and Skype for high value individuals.
I can be reached on +2347033875827 to get registered. I like to guide and assist you on your journey to gaining more clarity .